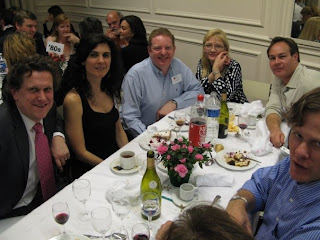 Saturday dawned a bit cloudy but Paris still looked beautiful to me! After a late breakfast in the President’s Club restaurant at the Meridien, we were off to explore one of our favourite cities in the world. Our hotel is ideally placed for sightseeing at the top of the Champs Élysées near the Arc de Triomphe by the Porte Maillot metro station. We got a two day ticket for the metro which means you have unlimited travel on the underground (subway), trains within Paris zones 1 to 3 and also buses.

We started off by heading to Opera, so we could have a look round the Galleries Lafayette and the other shops in the area, as well as the gorgeous home of the Paris Opera. From there we headed off to the Cathedral of Notre Dame. It is one of my favourite churches and never fails to move me with its beauty and sense of peace and holiness. Today was no exception, especially as there was a service in progress, the music being played by a group of young musicians. Walking round this incredible building with its stunning Rose Windows and beautiful carvings was just amazing with the fantastic singing and orchestral music. The thing that strikes me about Notre Dame is that if you stand looking up the aisle past the magnificent stained glass windows to the sanctuary you would have no idea of the beauty that is just past it on either side in the striking Rose windows. Incredible.

We decided not to climb to the top of the cathedral due to my trepidation about the height and also the actual climb, so from there we travelled back to the Champs Élysées for lunch. We ate at The Entrecote, a favourite of ours about halfway down the Champs Élysées at 15 Rue Marbeuf. Their menu features their “Formule” which is a set menu of salad and steak frites. It is wonderful, particularly the salad dressing and the sauce on the steak, and for us no visit to Paris is complete without a stop there. It was delicious, although this time it did not seem to be very warm, which was quite odd. It was our first less than perfect lunch at The Entrecote, but I’m sure they were just having an off day and would not hesitate to go back.

We then hopped back on the metro for a flying visit to the Louvre. We spent the majority of our time in the Denon wing where the Venus de Milo and the Mona Lisa are located. There are many other beautiful paintings and sculptures there too but so many folks just rush by them in their hurry to get to these two famous exhibits. We took as much time as we could to enjoy this amazing museum.

As there had not been very much food the night before we decided to have coffee and cake at Fouquet's, situated on the Champs Élysées itself. Fouquet’s is justifiably famous for its amazing food and patisserie and has been visited by the rich and famous for many years, but ordinary folk can enjoy it too. It’s expensive, but worth every penny, particularly if the weather is fine and you can sit outdoors people watching. Sadly the outside tables were all taken but we were seated in the window by a very friendly waiter. Guy chose to have a chocolate pastry and I had a millefeuille. Each of our lovely patisseries was served with a small glass dish of fruit and cream, almost like a parfait, and the coffee came with little baby madeleines that were simply delicious. We just took our time and watched the world go by in this famous little bolthole.

It was a bit of a rush getting back to the hotel after our idyll, but we managed to get ready in time for our cocktail and buffet dinner at the AUP Coombes Gallery on rue Colonel Combes. Our taxi driver had some trouble finding it, and as it is a relatively new building to AUP Guy did not know where it was, so we were definitely fashionably late this time. It was a fun evening though catching up with still more people from Guy’s university past. We both really enjoyed it.
Posted by April J Harris at 6:45 pm