A Visit to Covent Garden 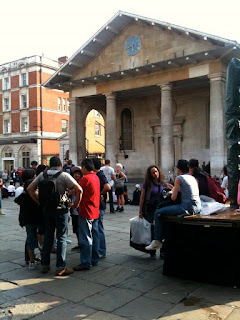 We had to take our son into London yesterday. He is attending a week long theatrical summer school called West End Stage which he goes to every year. After we dropped him off, it was coming up to dinner time so my husband suggested we head over to Covent Garden. I didn’t think much would be happening there as it was Sunday night, but was I ever wrong!
Our first stop had to be the brand new Apple store which opened on Saturday. I’ve been in a lot of Apple stores, in a lot of different places, and I have to say this one is just incredible. Apple have managed to take an existing historical building and work sympathetically to create a beautiful and awe-inspiring space. Although much of it is modern, including the incredible suspended glass staircases, they have somehow managed to make it all work with the existing building, and the skylights, stone floor and light wood used in the construction make it a beautiful bright space. The store is huge, and spread over three floors. It was absolutely packed with customers, but even if you are not into Apple products, the building is incredible. 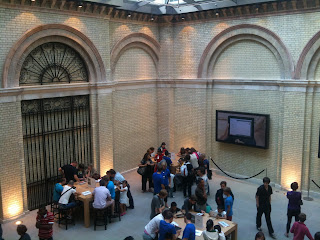 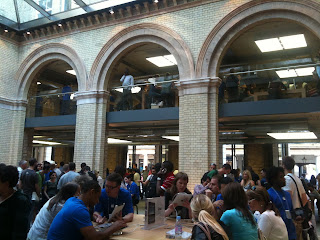 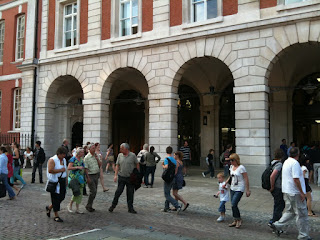 But back to the more traditional side of Covent Garden, which dates back to the 1600’s and has been through many different incarnations, including a short stint as farm land! The current market building is celebrating its 180th birthday this year. In this space of time, Covent Garden has gone from being a fruit and vegetable market to a market place, with a huge number of high street stores - from L’Occitane to Hobbs - and restaurants sitting alongside smaller traders with market stalls selling everything from t-shirts to paintings. 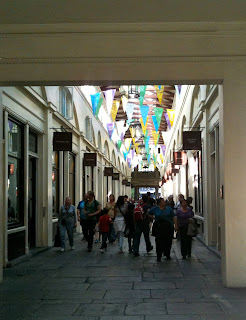 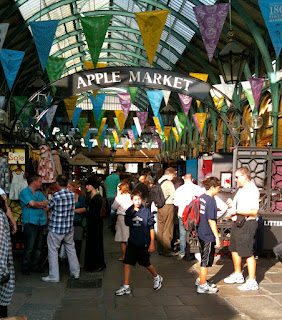 We were going to go for a drink at The Punch and Judy, a famous pub. It has a balcony overlooking Covent Garden, but we had not been in for a number of years, and I was shocked at how downhill it has gone. We had some fun evenings with friends there in the past, but it looked to us like it really needs some refurbishment, so we decided to give it a miss and move on.
As we walked through the market building we suddenly heard really lovely singing.  A street performer was singing “On the Street Where You Live” in one of the open air restaurants. Suddenly, he turned to an elderly lady who had stopped to rest on one of the seats nearby and began to sing to her! 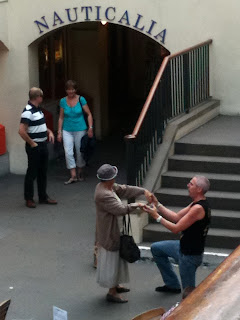 She really entered into the spirit of it, and they even danced! 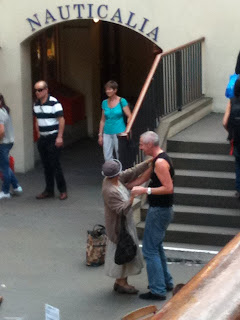 That’s the sort of thing that happens in Covent Garden; it’s kind of magical, even though it is a bit rough round the edges.
We had dinner in one of the open air restaurants called Ponti’s. The food was good, but I wasn’t impressed by the pigeons who kept trying to join us. The company was pretty wonderful though! 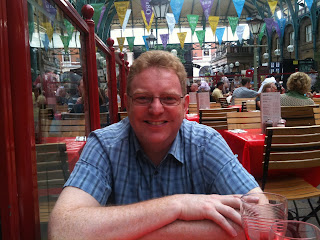 We wandered back through the market to collect our car, and I saw the lady we had seen dancing with the singer earlier, still shopping, but with a happy little smile on her face. It had been such an nice evening, I really knew how she felt!
Posted by April J Harris at 4:12 pm