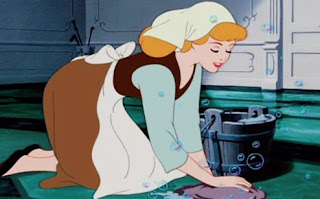 When my husband started coughing completely out of the blue on Saturday morning, I must admit I did raise an eyebrow and crack a joke about pigs. It didn’t for one second occur to me that he might actually be ill.

We carried on as normal throughout the day, getting ready to visit his parents in the evening. We had planned dinner at a restaurant to celebrate my father-in-law’s birthday. The cough came with us, to the point my husband was finding it incredibly annoying, and went to the chemist for some medicine. The chemist did not seem unduly worried and recommended a pretty standard cough syrup.

It was not until we were at the restaurant having dinner that I noticed my husband was looking incredibly pale. Within a couple of hours he really was not at all well. We made our way home, and my husband collapsed into bed.

I laid awake most of the night worrying about what was wrong with him as he burned up with fever beside me. In the early hours of the morning I turned on my computer and went on to the NHS direct site. To my horror, my worst suspicions were confirmed. My husband had all the symptoms of swine flu - nasty cough, high fever and some other rather unpleasant symptoms I won’t go into here. So I filled in the “what should I do” quiz. As soon as I filled in the part about him traveling, and his symptoms, the reply from the computer in BIG BLUE LETTERS was, “phone your doctor immediately - if the doctor’s surgery is not open, phone the emergency out of hours service”.

Being a Sunday morning, the surgery was not open, so I phoned the out of hours service. A couple of hours later I was at the pharmacy picking up Tamiflu. I felt a bit like Typhoid Mary standing in the queue, but felt marginally better when I realised the lady in front of me was clutching a prescription for the same thing. I only wished I had a prescription for my son and I but they are no longer giving Tamiflu to those who have been exposed - you have to fight it off for yourself unless you are from a high risk group. So I made my way home, clutching the prescription and worrying myself sick.

Thankfully my husband is a pretty tough cookie, and Tamiflu is a very effective antiviral. Within twenty-four hours he was feeling a bit better. I was incredibly relieved. Meanwhile, my son and I were taking copious doses of Vitamin C and Echinacea and bathing in tea tree oil. We were all keeping a low profile as the doctor had said my husband should stay in for at least three days and that while my son and I did not have to stay in, it would probably be a really good idea if we did.

Monday night, my husband and I were due to attend the Charity Gala Preview of the Hampton Court Flower Show. As it involved flowers and champagne, it was something I was really looking forward to. There was no way my husband was going though, and although I considered asking my son to escort me, I knew in my heart this was a very bad idea. Not because my son would have been anything but a brilliant escort (he’s wonderful at formal occasions), but because not only might we spread germs, we might pick up some more and that would do us no good at all. Even if a fairy godmother had appeared, there was no way I was going to the ball.

So Monday night I sat in my pajamas and fluffy slippers watching television with my family, feeling very sorry for myself and wishing I was wearing a pretty frock and wandering amongst the flowers sipping champagne.

But then I got to thinking about how lucky we were. My husband was responding to treatment, he had no underlying health issues, and my son and I were still a hundred percent well. Maybe I was being just a tiny bit - or possibly even hugely - ungrateful.

Two days later, I’m still counting my blessings. My husband is almost better, and is even beginning to do a bit of work from home. My son and I are still well with absolutely no symptoms, and we are past the five day danger period. Tomorrow things are getting back to normal for me, with appointments as usual, and my husband is back to work on Monday. It seems we have emerged practically unscathed, plus the doctor says my son and I should have developed a nice immunity by being exposed and having fought it off. She says if we were going to get it, we’d have it by now. Not only that, but none of the people we came into contact with last week have developed it either, much to our great relief.

Not going to the gala was a pretty small price to pay for all these blessings. I’m one very lucky Cinderella.
Posted by April J Harris at 1:23 pm