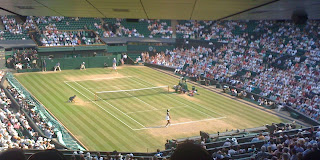 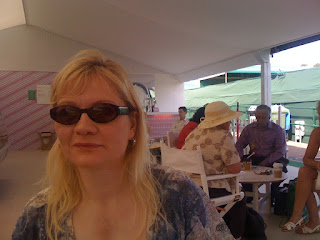 There is no event in tennis quite as iconic as Wimbledon and to win there is to win the jewel in the crown of the tennis world. There has been an international championship tournament at Wimbledon since 1905 (with the exception of some of the war years). So synonymous is Wimbledon with tennis that many people from abroad do not realise Wimbledon is actually a suburb of south-west London, and not just the tennis tournament itself.

Getting tickets to the championships is no easy task. You have to apply for a ballot from 1st August of the year preceding the championships. You then have to fill that ballot in, send it to the Lawn Tennis Association and firmly cross your fingers. Only one ballot is allowed per household, and any ballot drawn will allow a maximum of two tickets to be purchased. If your ballot is drawn early the following year, you are offered tickets for a particular date and court - no choice. If you can go, great. If you can’t, that’s your chance gone for that year. Your tickets are then offered to another randomly chosen ballot. Hundreds of people just never get chosen, but if you queue on the day there is a chance you might get a ticket that has been returned or one that someone has used but has handed back in as they had to leave early. It’s an iffy business. This is why I was floored when I received an offer of two tickets to Day Ten, the Ladies’ Semi-Finals on Centre Court this year, the very first time I applied. I was incredibly grateful and bought the tickets within five minutes of receiving the letter informing me my ballot had been chosen.

We arrived early in the day and went into the ground when the first gates opened at 9.30am. Although the main court areas were roped off, we were able to wander round the grounds without the crowds and it was so lovely to see all the courts, grass shining in the sunshine. We had a coffee and enjoyed the quiet. An hour later when the main gates opened, a sea of people filled the place, and we joined them to walk to the main area of the grounds. There is lots to see and do. The Wimbledon shop is very good, and we bought a Ralph Lauren official Wimbledon polo top for our son, along with a very nice Ralph Lauren bag, a polo top for me and a baseball cap for my husband.

By now it was nearly time for our pre-booked lunch at The Wingfield Restaurant. There are lots of kiosks selling food, drink, champagne and strawberries at Wimbledon, but The Wingfield is one of the nicest. They offer a three course lunch with wine for a competitive price, and you can’t beat the surroundings. Located on the first floor of the Centre Court building, the Wingfield offers tables near the feature windows as well as inside and is great for people watching. The food is incredible. Often food offered at venues like Wimbledon can be slightly less than memorable due to the hazards of mass catering, but our meal was absolutely scrumptous and beautifully presented. We shared a bottle of white Zinfandel and spent a very pleasant hour or so lingering over our lunch.

We were in the perfect position to move from the restaurant into the heart of the Centre Court building, and were in our seats by 12.45, in plenty of time for the 1pm start of the Ladies’ Semi-Finals. We were lucky to be seated under the edge of Centre Court’s roof, out of the sun, but still close enough to the court to have a brilliant view of the play. The first match was Serena Williams versus Elena Dementieva and what a match it was. Both players fought hard for three hours to win the semi finals, but Serena was the eventual victor. I’ve never seen such well played tennis before in my life. The next match was Venus Williams versus the number one seed Dinara Safina. Sadly Venus was just too much for Dinara, who lost in two straight sets, within less than an hour. I really felt sorry for her. We then watched a bit of the men’s doubles, but decided to head home after the first set as it was now nearly 7pm. What an amazing day!

I’m so thrilled to have finally got to Wimbledon. It was fantastic to see in real life what I have watched on television for years, and such a privilege to see the wonderful tennis played there. I’m incredibly grateful for an brilliant day, and can’t wait to watch Andy Murray and Andy Roddick tomorrow in the men’s semi finals!
Posted by April J Harris at 11:01 pm